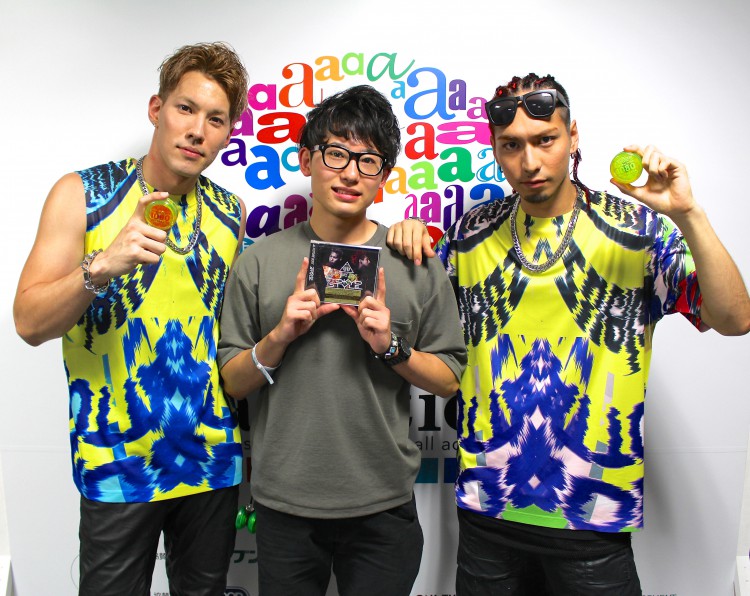 EDM duo FUTURE BOYZ will be performing at the contest venue on Saturday, as well as presenting a collaborative work with World Champion Shu Takada, and releasing a very limited edition of the YoYoFactory Loop 1080!

FUTURE BOYZ are signed to Avex, one of the biggest entertainment groups in Japan, and a powerhouse in the electronic music scene in Asia! They’ve toured internationally and recently performed at the Omotesando Apple Store, which is probably the coolest Apple store in the World.

Now take all of that and add Shu Takada’s usual insane yo-yo performance, and you get an unmissable show in Tokyo!

This, ladies and gentlemen, is how you throw a yo-yo contest party!

REWIND's youngest team member, Shinya is unabashed, and puts his everything into his performances. Loves to eat, loves to sleep. He is a member of team C3yoyodesign. He has his own popular signature model, the KROWN.st. He won 1st place in 1A at the New York International Open 2008 and 2009, and got his first world championship in 1A in 2009. Nowadays he runs yoyonews.jp, the premier Japanese yo-yo news site. Other than yo-yo, he loves cute animals, and has a pet rabbit called Usami and a snake called Isami.